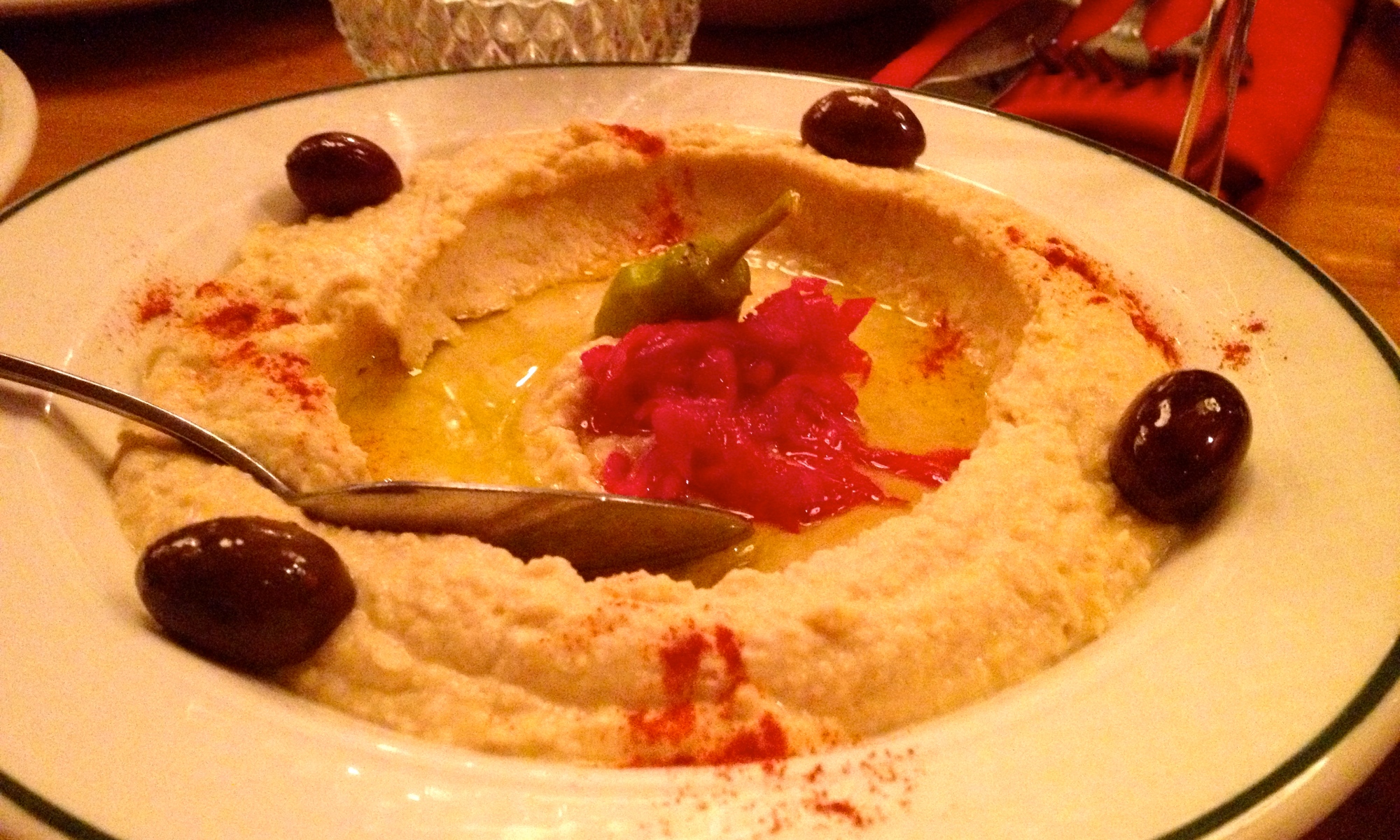 Last weekend my brother organized a dinner out for our family and his girlfriend’s family. We always have a really nice time out together and Nick decided on The Parkallen Restaurant, somewhere I hadn’t been in quite a while, so I was really looking forward to dinner. A year or two ago, the Parkallen underwent extensive renovations and the inside of the restaurant looks great. It has a warm, yet modern feel, and the centre piece of the restaurant is a large, beautiful, glass wine room, right up at the front.

The guys all ordered Lebanese beers, but I guess the large wine room served it’s purpose because we girls decided to get a bottle of wine. They didn’t have the first wine I chose in stock, so our server suggested another, which was actually a Lebanese wine, so that ended up working out better as we were going to be eating Lebanese food. The wine was a really nice, very easy to drink, fruity red. I thought it worked very well with our meal.

After getting our drinks we looked over the menu and decided to go with the mezza option, where various different dishes would be brought out for us to share family style. We opted for the “gold” level which gave us Lebanese salad, Mediterranean salad, baba ganouj, hummus, falafel, sijouk, Lebanese sausage, grilled chicken, grilled beef and rice. We had quite the feast ahead of us! On top of all of that, Lauren’s dad also order a Greek pizza, which was great because I was really wanting to try the pizza that the Parkallen is supposed to be so famous for.

The meal started out with baskets full of warm pita. The pita was good, but not my favourite. I think I prefer a more “fluffy” pita, where as this one was thinner and a little tougher. Along with the pita, we were served hummus and baba ganouj. The hummus was creamy, smooth and very garlicy, just the way I like it. Baba ganouj is another dip that is similar to hummus in that it is made with olive oil, garlic, lemon and tahineh, however instead of chickpeas, it has eggplants in it. The dips were delicious and the pita disappeared very quickly.

In rapid succession the falafel, Lebanese sausages and salads were all brought out, making the table very full! I believe we were served 2 different types of little lebanese sausages, but I’m not 100% sure which was which. One was served in a sauce that was a little bit spicy and I think that was the soujick. Either way, they were really good, meaty sausages. Sometimes I find some sausage can have a weird, “hot doggy” texture, but these were obviously filled with real meat. Kind of gross that sausages having a “real meat texture” is a concern these days.

The lebanese salad was a fatouche salad. Fatouche salad usually has a really nice garlic, olive oil and lemon dressing, parsley, romaine, cucumber, red onion and pita crisps. The dressing was light, but very flavourful. I also really like the pita crisps in this salad. Adds a good crunch.

The Mediterranean salad essentially seemed to be Greek salad. It was good, but nothing really stood out about it.

Falafels are deep-fried balls of chickpeas and various spices. At the Parkallen they are covered in a tahineh sauce and garnished with tomatoes and radishes. I took one falafel and I thought it was good, it had a nice, crispy exterior and good flavour. However, it wasn’t the best falafel I’ve ever had, so I passed on the rest to my brother to save room for the rest of the meal.

The pizza came out and it smelled and looked delicious. The pizza at the Parkallen is more of a deep dish style pizza and the Greek pizza was covered with tomatoes, olives, green peppers, onions, feta and mozzarella cheese. I was starting to get very full at this point, so I cut one of the large pieces of pizza in half to sample. I thought the pizza was good, but I think I prefer a pizza that has a bit of a thinner crust. Sometimes I find a thick crust is too doughy. The pizza had a ton of toppings on it, but I don’t think the Parkallen is going to become my go-to pizza place. That has nothing to do with quality, but more just my preference for a thinner crust pizza.

Finally the grilled meats and rice was brought out. After all of the food we had already enjoyed, I wasn’t sure how we were going to eat more… but somehow we found the room. The grilled meats were covered with a pita. I’m not sure why, maybe so we would be surprised to see the meat underneath (yay meat!) or maybe so we could eat the pita with the meat (more likely)?

Both the chicken and the beef were delicious. They were very most and flavourful. They were served with a mysterious sauce that the server later told us was pureed garlic and oil. Mmm…. delicious garlic.

The rice was served with toasted almond on top. I almost missed that, which would have been bad as I have a mild allergy to almonds, however I noticed before the almonds all got mixed in, so I was able to take some almond free rice. The rice was fine. To me, it just tasted like rice, but maybe that’s because I couldn’t eat the almonds.

The mezza was a great option. We had the opportunity to try all sorts of different dishes for the pretty reasonable price of $34 per person. It certainly wasn’t cheap at the Parkallen, but we did get a lot of food. I really enjoyed my meal at the Parkallen, but I wouldn’t say it’s my favourite middle eastern food in Edmonton. That honour still goes to Sofra.