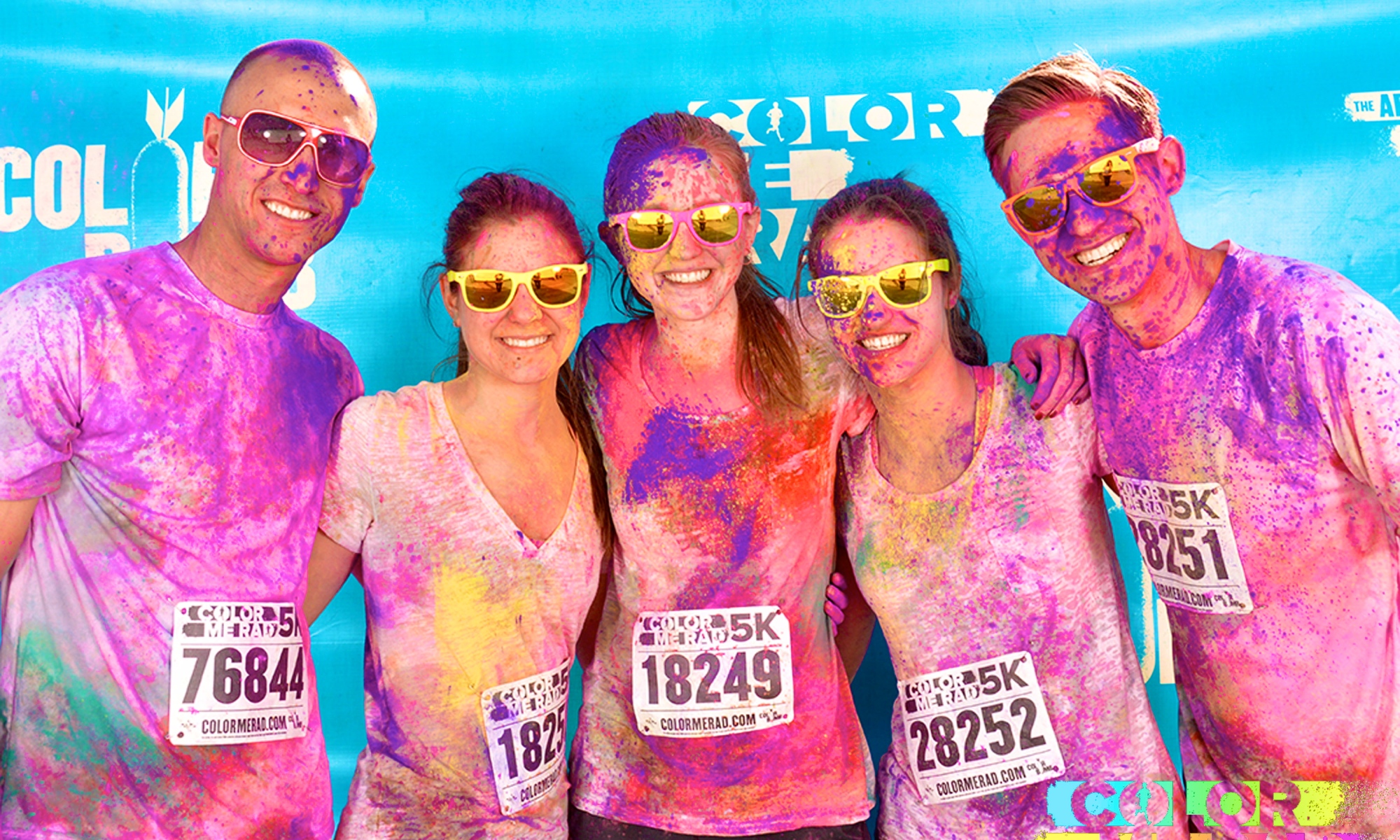 I have been wanting to learn to run for quite a while now. And as someone with a food blog who loves eating out, cooking, baking and a nice cocktail or glass of wine…. I think running is a necessity! 😉

Although I grew up always doing athletic activities, like dancing or swimming, I am just not a natural runner. It doesn’t come easily to me. At all. So, without fail, for the past few years every summer I started some sort of running program and without fail, I never got over the “I hate running so much” phase.

This summer has been different though. In the past despite the encouragement and best intentions of those around me, I would get really discouraged. I followed other people’s running programs, but they didn’t work for me and I don’t know if my heart was in it, so I would just get frustrated and give up. Of course everyone is different, but if you are a new runner, I think it’s a lot better to follow a training program that starts really quite easy and slowly ups the intensity. I used the 5K runner app on my iPhone and I think it was absolutely awesome! I’ve also heard nothing but great things about the Running Room programs.

I also think it is really important to set a goal for yourself, like signing yourself up for a race. I signed up for the Color Me Rad 5K race in early July. I know nothing motivates me more than the desire not to look stupid… 🙂 There was no way I wanted to be huffing and puffing and walking most of the course! 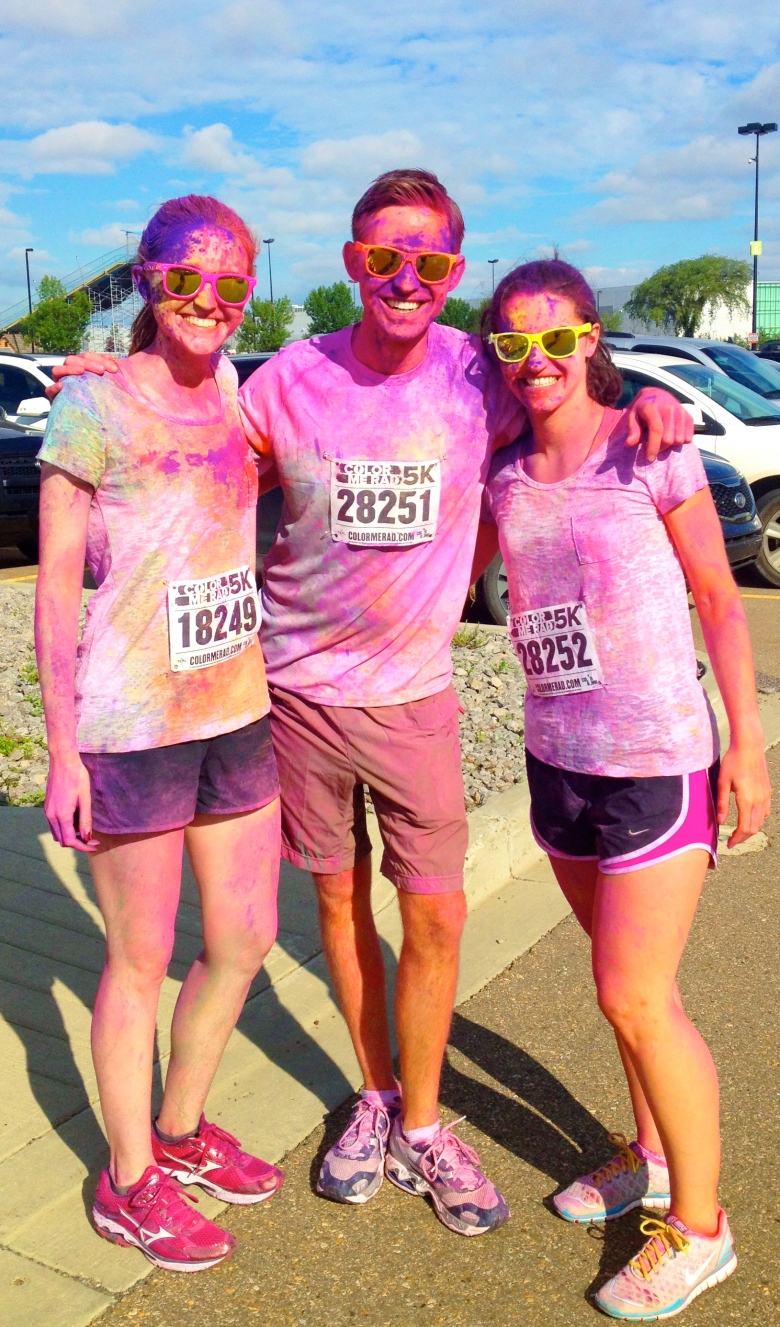 So, a couple of weeks ago I was prepared to run my first 5k— Color Me Rad, here in Edmonton! The great thing about this run was that it wasn’t timed and it had a great fun, non-competitive atmosphere. I signed up on a team with Nick, Lauren, Laura and Trevor, all of whom are much better and well seasoned runners than I am. But, that was ok, they all did their thing and I did mine, but it was still really nice to have a team there to support and encourage me. 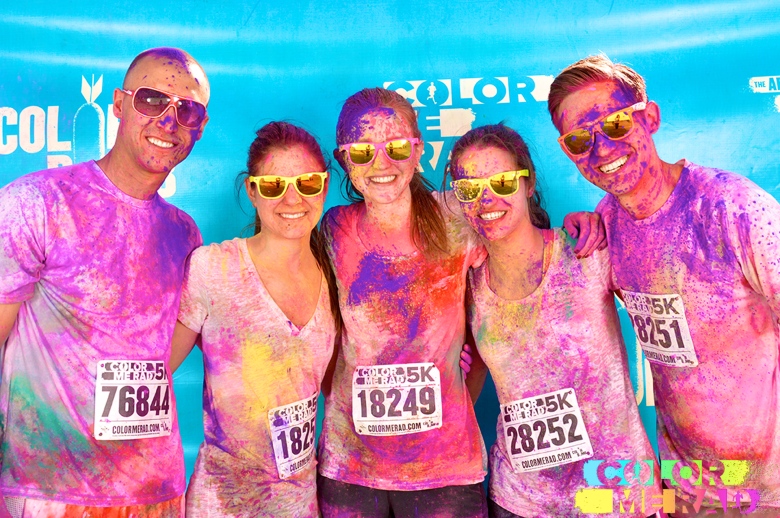 For my first 5k, I thought the run went really well. I had to do a couple of minutes of walking about 3 times, but I ran the rest of the race. Running really doesn’t come easy to me, so it was such a great feeling to cross that finish line, running, knowing I had worked really hard to get to that point.

Color Me Rad was an awesome event. Like, I mentioned before, it was fun and mostly non-competitive. I say mostly, because although the race wasn’t timed, as soon as I see other people around me, my competitive nature kicks in a little. There were 4 or 5 colour bomb stations where you either got sprayed with coloured water or had coloured powder thrown at you. Fun! The vibe was awesome, there was just so much energy. Everyone seemed light hearted and supportive.

We all got absolutely covered in the colour powder… we were looking pretty rad. We’d all purchased extra colour packs (which we awkwardly had to run with, one of the only negatives about the event I came across) and attacked each other after the event. Covering ourselves from head to toe. It was a lot of fun, just kind of hard to keep the car clean on the way home! 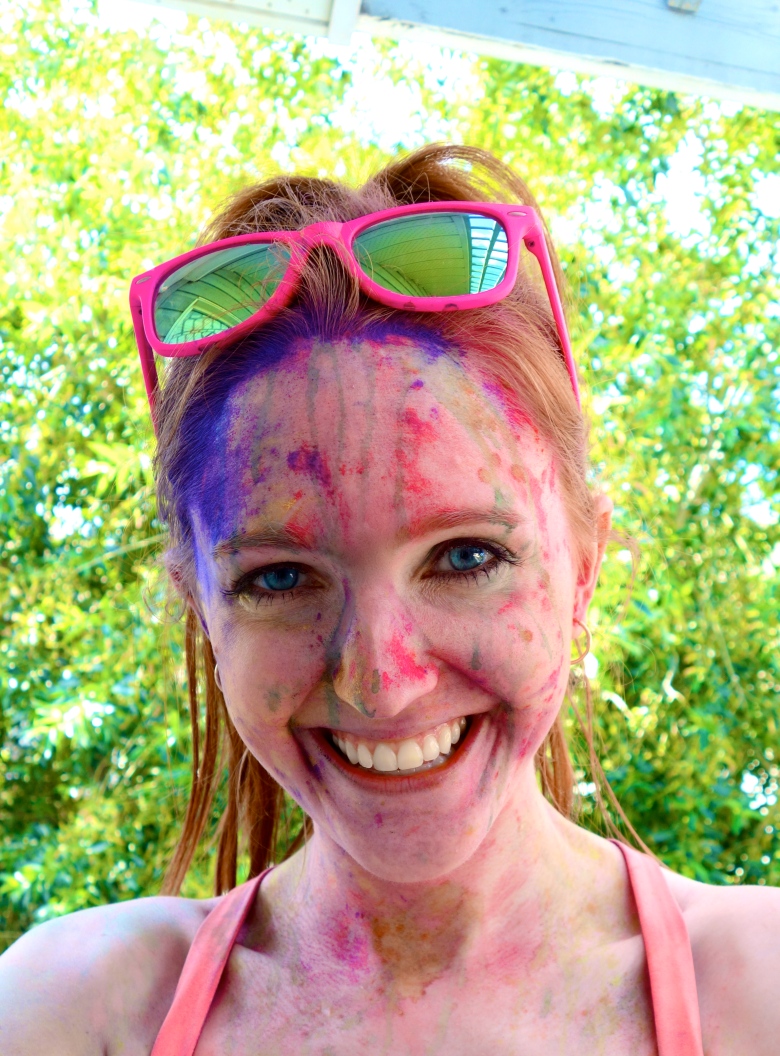 We are all faced with different challenges throughout our lives. Running is hard for me, it was (and still is) absolutely a challenge. But I faced the challenge head on, worked really hard and stayed committed. And now, I think I can consider myself a runner. There is no better feeling than working really hard to achieve something and not doing it for anybody but yourself.

So, what’s next? I am in the process for signing up for another 5k in September. I need another goal and this time I am hoping to run the full thing, no walking at all. And after that, who knows? 10k? Half-marathon?