After a successful trip to Drift a couple of weeks ago, I thought it would be fun to meet my dad downtown this time for a food truck lunch. After taking a look at the Edmonton food truck app I noticed that there were going to be a lot of trucks on 108th street. So we made our way south down 108th and took a look at all of the different food truck offerings. That day, The Local Omnivore, The Food Fighter and The Little Village Food Truck were all parked on 108th offering something different and delicious for lunch. After looking at the menus and the lines, we decided we’d try The Local Omnivore. 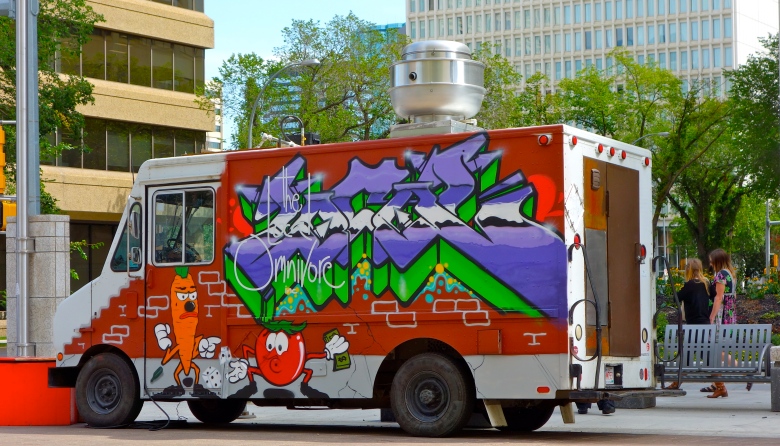 The Local Omnivore had a fairly small offering, essentially 4 different sandwiches with a few variations. My dad and I both decided on the Super Smoked BLT. The Local Omnivore makes their BLT with their house smoked bacon, lettuce, tomato and mayo on toasted Turkish bread from Cobs. We also decided to share an order of fries and gravy. 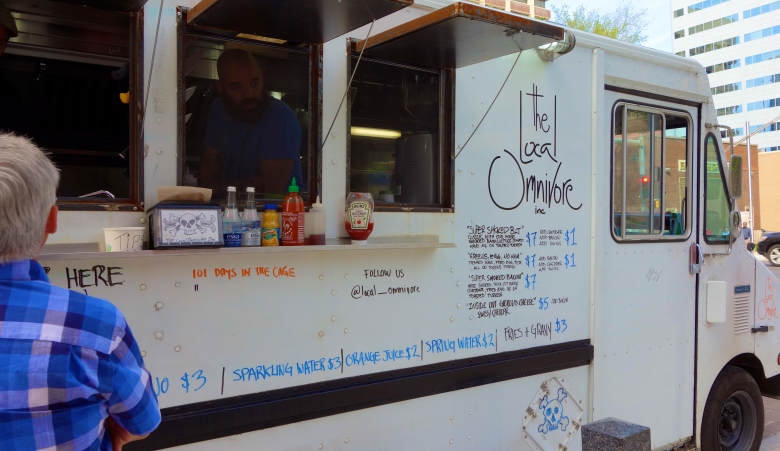 It took less than 5 minutes to get our food, which was great, although that was probably because there wasn’t much of a line… which was a little concerning, where was everybody?

Once we grabbed our food we crossed the street and took up residence on one of the nice new benches along 108th. Apparently 108th is trying to be Edmonton’s answer to The Mall in London. Well, I don’t know that it’s quite the same when you don’t have Buckingham Palace at one end and Trafalgar Square at the other. But, sure, Grant Mac and the Leg will do, I guess. And truthfully, it does look quite nice when you gaze down 108th and see the dome of the Legislature. Good job on beautification, Edmonton! I approve!

Anyway, back to the food. We started in on our sandwiches first; they looked delicious and perfectly sized for my appetite. I’ve heard some complaints on the size, but honestly I’d rather have a smaller high quality sandwich, than a big honking so-so one. 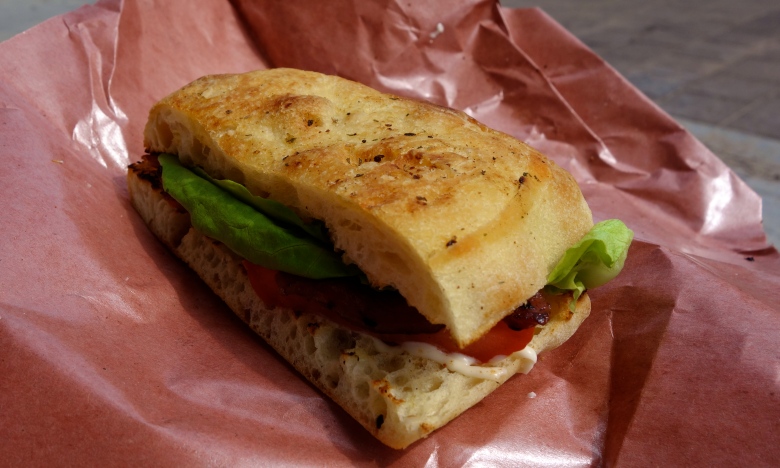 The BLTs were delicious. All of the ingredients tasted so fresh and simple, but came together to make one awesome sandwich. 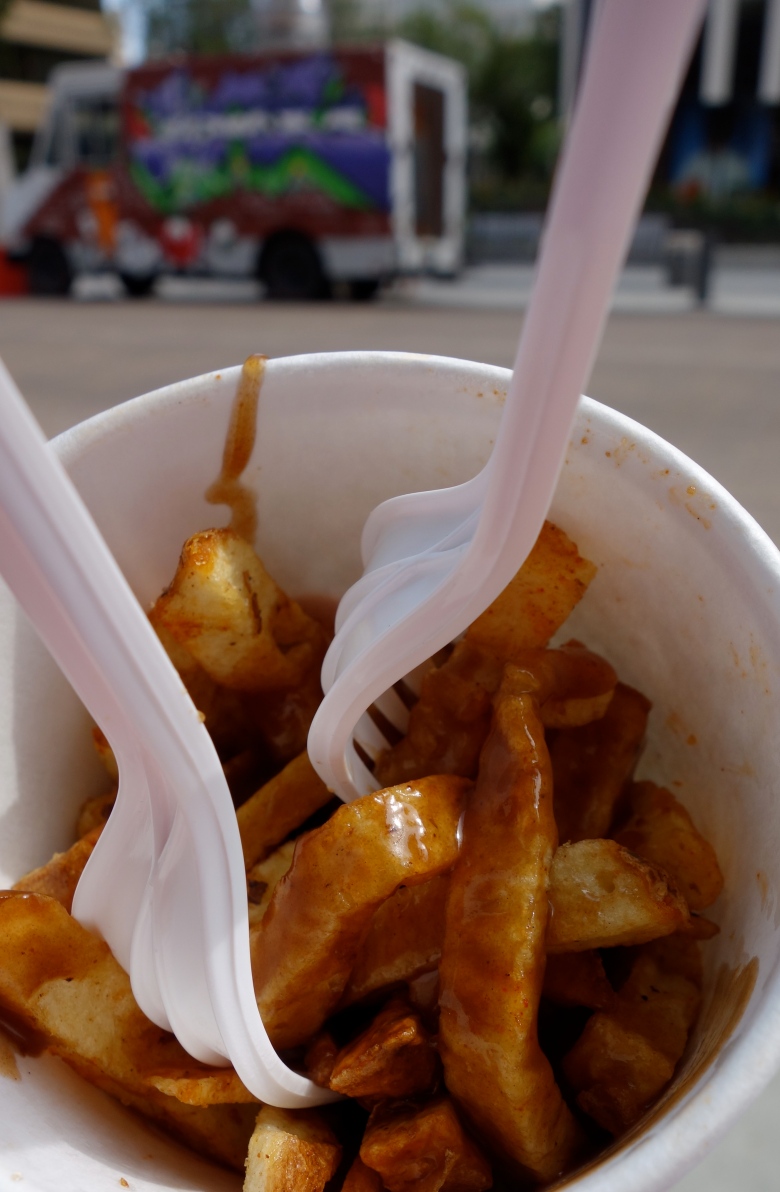 The fries and gravy were also super tasty. The fries were nice and crispy and drenched in a nice amount of peppery gravy. It didn’t just taste like ski hill gravy, (which of course, there is nothing wrong with) but instead it had a nice little kick to it. Yum!

My only request for The Local Omnivore is to think about setting up shop on the south-side instead… say somewhere along 99th street would be pretty convenient, don’t you think? 😀