While writing my post about the Thai Kitchen #TKLucky7 Recipe Challenge, I got thinking about some of my favourite Thai recipes.  And since I have been focusing on healthy eating here on Life is Better Red, I thought I’d share one of my favourite, easy and healthy recipes that has a bit of a Thai kick: Thai Butternut Squash Soup. 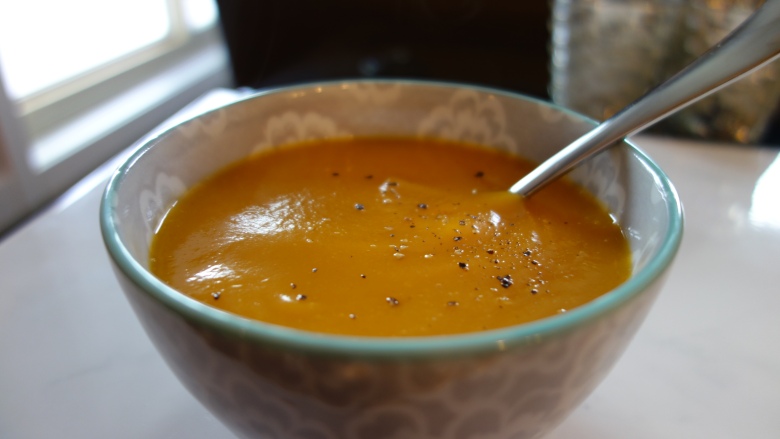 This soup is super easy to prepare, the hardest thing about it is cutting up the Butternut Squash (although that could be easily avoided if you bought the pre-cut squash from Costco). The original recipe is from Canadian Living and it’s a slow cooker recipe, however as I don’t have a slow cooker, I had to improvise a little bit. 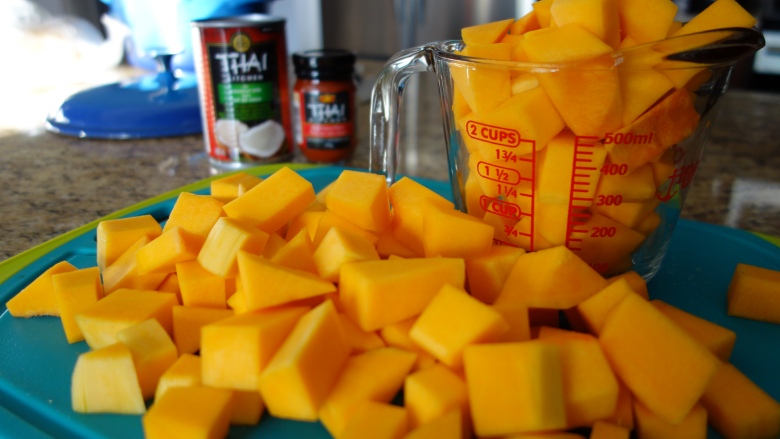 Bring to bowl and then turn down to low. Simmer on the stove for about an hour and half, or until the squash is very tender. 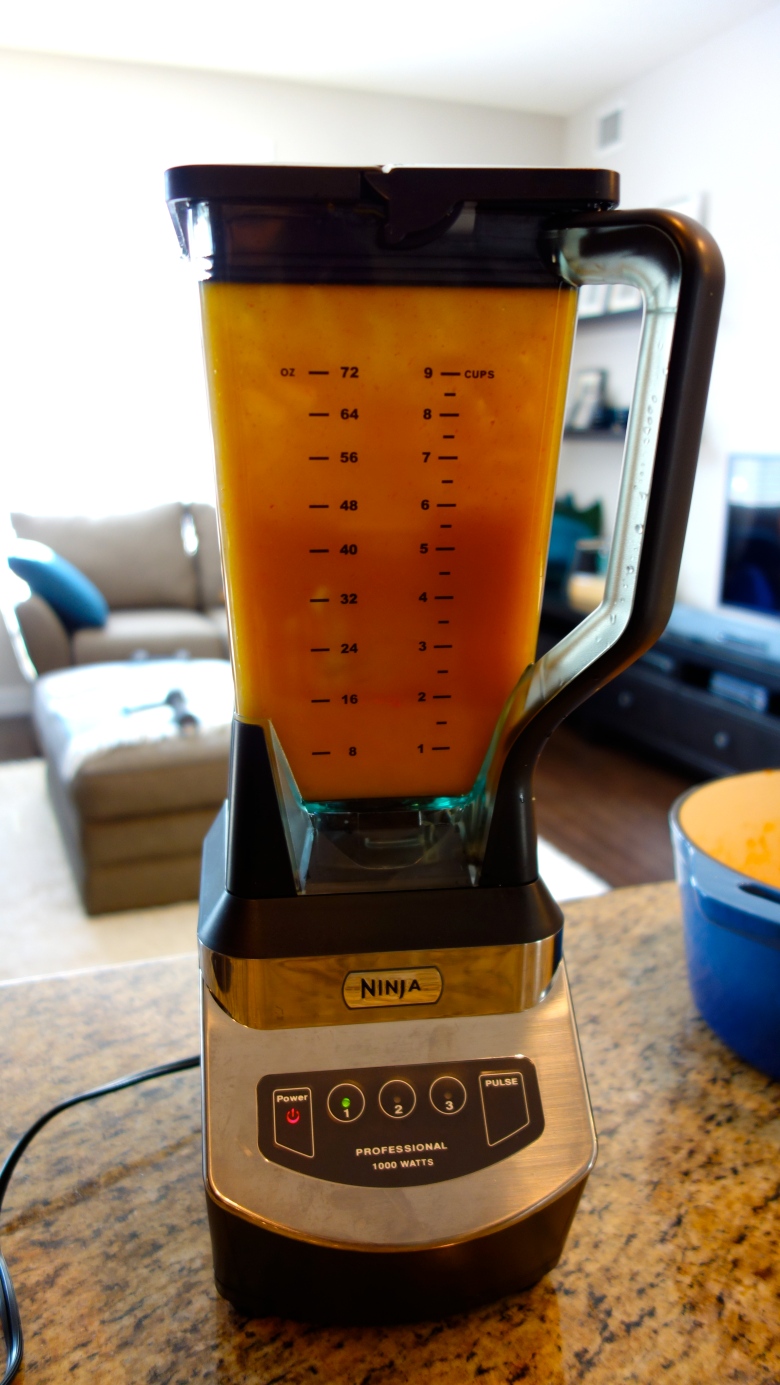 Let the soup cool. Then, use a blender to purée the soup.

Return the soup to the pot, turn to low and stir in the shrimp to cook. Warm for about 15 minutes and then serve.

This is a super hearty soup perfect for a cold winter day (which we haven’t really had lately in Edmonton, but whatever, it’s still good). It’s very easy to prepare, healthy and very tasty. That’s a win-win-win as far as I am concerned.

And if you are big Thai food fan make sure you check out my post on the Thai Kitchen #TKLucky7 Recipe Challenge!

I was also happy to make this soup as it gave me another reason to try out my awesome new blender I received from Nick and Lauren for Christmas, the Ninja. It’s super intense and can pretty much chop anything into oblivion. The nice thing about this blender, too, is that it’s rated almost as highly as a Vitamix by Consumer Reports, however costs significantly less! Wahoo! I love my Ninja.:)