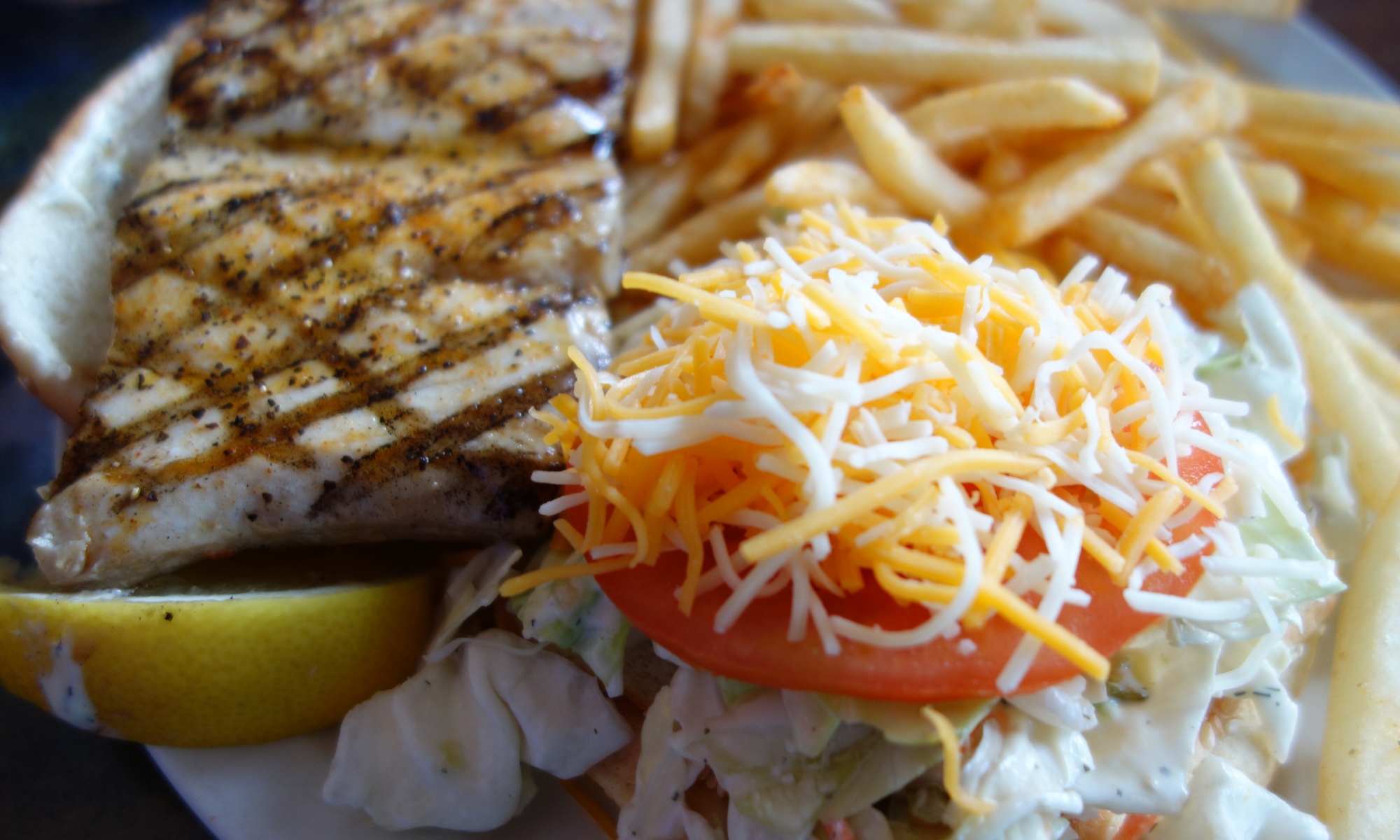 Oahu is a great island. There is a lot to see and do, but as much as I enjoyed my time on Oahu, I was really looking forward to going to Maui. I found Honolulu to be a lot like many other large, American cities… just one that happens to be on a beautiful, tropical island. For me, when I make the trip to Hawaii, I want to get away from the big cities and enjoy a more low-key, relaxing, tropical vibe… which is why I love Maui. I think everyone has a favourite Hawaiian island and maybe it has something to do with whatever island you visited first, but, for me, there is something magical about Maui.

After spending 4 days on Oahu, we made the quick flight to Maui and I immediately felt more relaxed. There is a familiarity to Maui that I love, one that immediately puts me at ease and right into vacation mode. We spent 10 glorious days on the beautiful island of Maui and I have to tell you, I think I could very easily spend a couple of weeks there every year, relaxing and recharging.

On our first full day in Maui, Nick, Lauren and I decided to take advantage of their jetlag and get an early start to the day and head off on a hike. I had read about a great looking hike, called the Waihee Ridge Trail in the West Maui Mountains. If you follow the directions closely, the trail head isn’t too hard to find. The first few hundred meters of the trail are a steep, paved incline, which had me huffing and puffing and saying “seriously?” but after that initial push the hike got about a hundred times better. The views were magnificent. Absolutely breathtaking. The West Maui Mountains are so lush and green they almost look surreal. 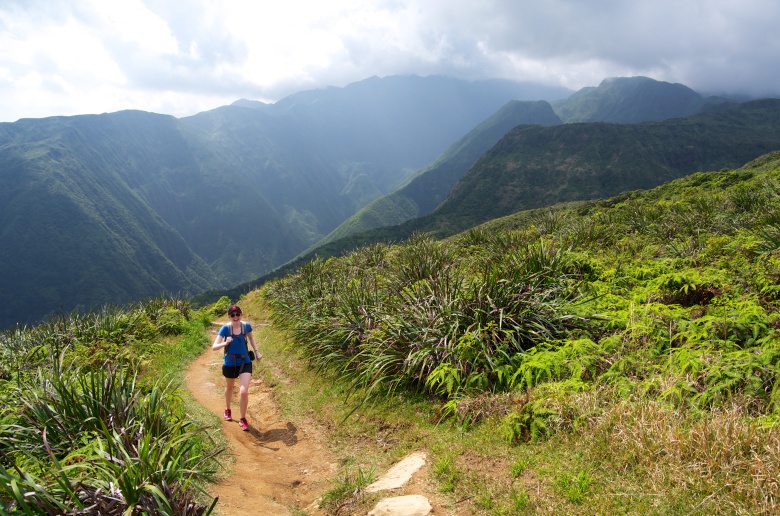 Now, if you know me at all, you know that I am not the most outdoorsy person ever, but I really did enjoy this hike. It’s definitely the type of thing I want to do more often while on vacation, because it’s a fantastic way to see some of the most gorgeous, undisturbed, natural vistas on our beautiful planet, while also working up a sweat. That’s not to say Nick and Lauren didn’t have to coax me up to the summit with the promise of a snack at the top and lunch when we were finished, when I was getting especially hot and tired, but still, nothing works up a good appetite like an almost 4 hour-long hike.

After we finished the hike, we made the quick drive down the coast to Paia, an amazing little surf town on Maui. From doing my pre-trip research, I knew there were a couple of good places to eat in Paia, so we just had to find one of them once we parked. By this point it was about 1:30 and we were all completely famished, so we were ready for a good meal. 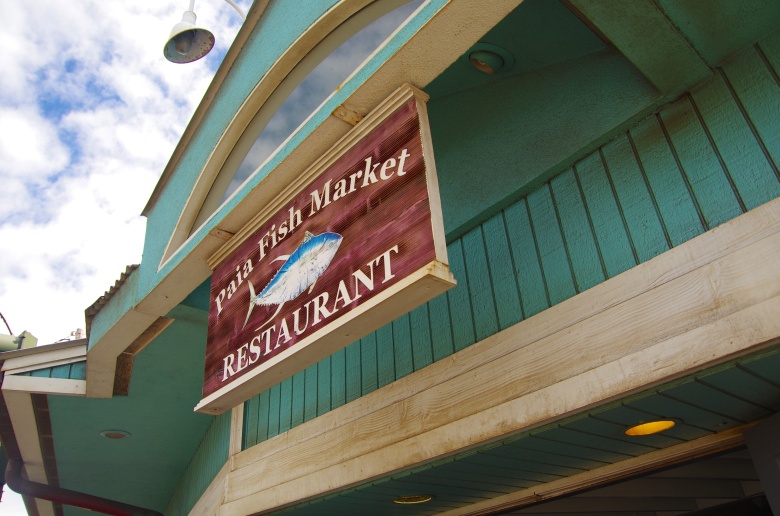 We came across the Paia Fish Market first and after a quick poll (pizza or fish) we headed on in for lunch. The Paia Fish Market is a casual place, with a counter where you place your order and a bunch of large, communal tables lining both walls. Once you place your order, you receive a number and wait for it to be called to pick up your food. Although the line was decently long, it moved quickly and people seemed to cycle through the tables pretty well, so we were able to find somewhere to sit quite easily.

I decided on the fish and chips, while Lauren chose the fish tacos and Nick had the fish sandwich. I don’t know if it was the hike, the sun, the heat, the ambiance, the Maui “vacation high”, the fresh fish, the company, the fact that we were all starving or, most likely, some combination of all of the above, but that was some of the best fish I have ever had. Hands down, no question about it. The fish actually had real flavour and not just a “fishy” flavour.

My fish had a nice light crumb coating, not the thick, greasy batter than I am used to for fish and chips. The coating was wonderfully crisp, which enhanced the firm, flaky Mahi perfectly. The fish was served with the most delicious, light, home-made dill tartar sauce. Although I am not always the biggest coleslaw fan, this one was quite good, again it was lighter than your average coleslaw. It seemed like they might have even used the tartar sauce on the coleslaw (or something similar).

Nick’s fish sandwich looked delicious. The fish was beautifully grilled (with the cross-hatch grill marks to prove it) and lightly seasoned, just to accentuate the flavour of the fish. It was served with lettuce, tomato, grated cheese and, again, some of that delicious tartar sauce. I scored a bite of the fish sandwich and everything just worked together so perfectly.

Lauren’s fish tacos were also wonderful. They were loaded up with fresh fish, shredded lettuce and chopped tomatoes. They were then served with a side of that delicious tartar sauce. The fresh, light ingredients, again, really let the fish be the star of the show.