Skip to content
It's always fun to get out and explore your own city. The University of Alberta campus is gorgeous in the summer, there are lots of fun shops to check out on Whyte Ave and there are all sorts of wonderful food options popping up all over the city.

The thing about writing a blog for fun is that sometimes you just don’t feel like doing it. Maybe you are busy with work, maybe you are uninspired, maybe you are spending time with your boyfriend or maybe you are just binge watching Scrubs. Whatever the reason, when there isn’t an obligation to write, sometimes it just doesn’t happen. I haven’t been the best blogger for the past few months…err, year… and I’m hoping to get back into it. Yes, I have been busy and had other things going on, but I really do want to get back to writing more because it truly does bring me a lot of joy.

So, without further ado, onto the food…

Byron was finally able to come back home and visit Edmonton this summer, which was awesome, and I thought it would be fun to do another Food Crawl, similar to what we did in Toronto, but this time in Edmonton. It ended up being a lot of walking, but it was a beautiful summer day and the food was tasty, so it was still a lot of fun. 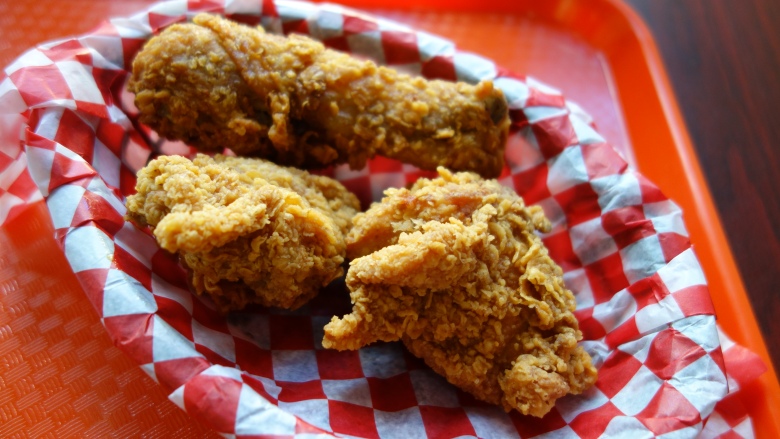 We started at It’Dog, surprisingly not for the hot dogs, but for the Fried Chicken, which I had heard was very good. The chicken had a great crispy coating, but was still nice and juicy inside. There was also just the slightest hint of heat to the fried chicken, which was really nice. The only criticism is that it maybe could have been seasoned a little more, I thought just a touch more salt would have made the chicken even better.

Next up, we crossed the street to La Poutine. I’d visited La Poutine earlier this year, and really enjoyed myself, so it was nice to have an excuse to go back. We decided on a large order of the Party Poutine to share between the 2 of us. I’m always down for sour cream and green onions on poutine (it just works so well) and the addition of ground beef and hot sauce really took this poutine to the next level. I’ll admit, if you are being food snob, the poutine here isn’t quite as good as what you can get out in Eastern Canada, but it’s still pretty darn tasty and probably one of my favourites in the city.

Transcend is probably one of the very best spots for coffee in Edmonton. The beans are roasted locally and you can tell that there is a lot of care put into each cup of coffee. I decided on a Flat White, while Byron opted for a more weather appropriate Iced Latte. It was pretty funny though, because I think I counted maybe 10+ people sitting at tables by themselves with their Apple laptops. Obviously this is not an uncommon sight at a coffee shop, but I think Byron and I were the only 2 people actually talking to each despite the fact that every table at Transcend was occupied.

After coffee we made our way over to the University of Alberta campus, where we are both alumni, and just wandered around. Campus is so beautiful in the summer and it was fun to see all of the changes and construction that has occurred since we were both students there. 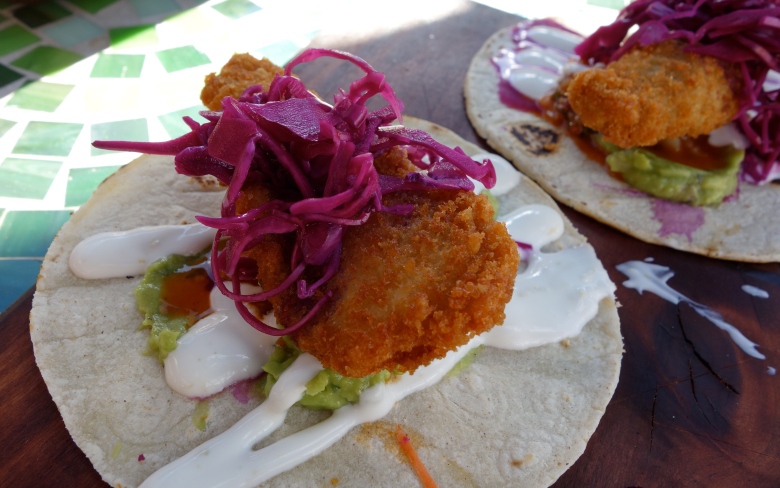 Our final stop was at El Cortez, where we took advantage of the awesome happy hour menu and Taco Tuesday deals. Tacos are $3 each on Tuesdays, so we were able to mix and match and try a bunch of their delicious tacos. Between the 2 of us we tried the Crispy Pescado Taco, the Chorizo Taco, the Tuna Tostada and the Chili Lime Pollo Taco. Each taco was uniquely flavoured and quite tasty, but I think my favourite was either the Crispy Pescado or the Tuna Tostada.

I’ve actually ended up going to El Cortez a handful of times over the summer. The food and drinks are super tasty and it has a pretty cool atmosphere.

It’s always fun to get out and explore your own city. The University of Alberta campus is gorgeous in the summer, there are lots of fun shops to check out on Whyte Ave and there are all sorts of wonderful food options popping up all over the city. It was awesome to just wander around with Byron, while tasting some of the delightful food that Edmonton has to offer.