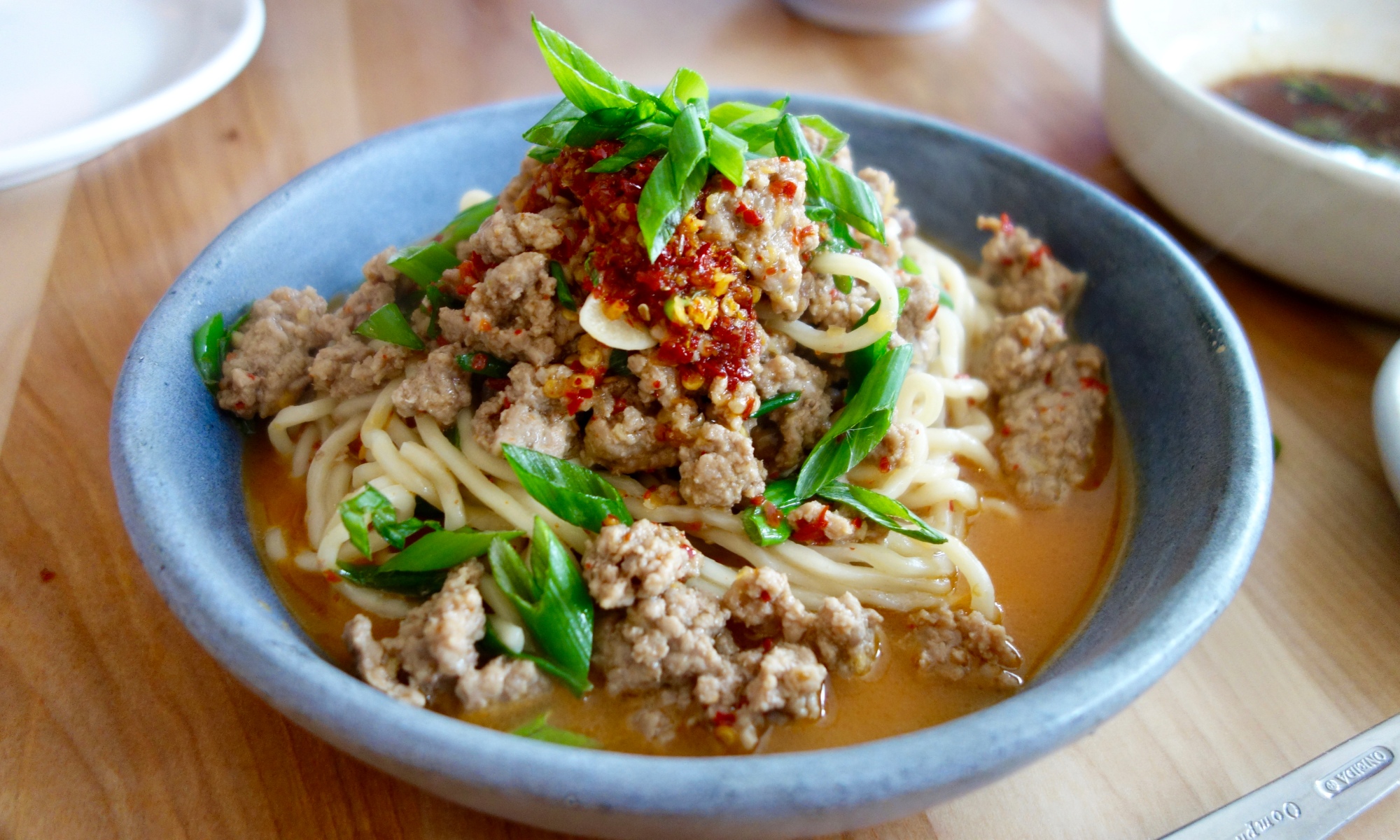 It might seem like a weird thing to say at the age of 28, but when my parents came to visit last month, it was the longest I have ever gone without seeming them in my entire life! Three months feels like a long time when you are used to seeing your parents at least once a week. I was of course incredibly excited when they visited and couldn’t wait to show them some of my favourite Ottawa restaurants that I have tried so far.

Although I had only visited Datsun once before, I knew it was a must when my parents came to town. Byron and I love all sorts of different Asian cuisines and Datsun does a lot of them really, really well. Put that together with an excellent cocktail list and awesome atmosphere and it was a no-brainer that Datsun would be a great place to show my parents a good time.

The first thing we did when we arrived was look over the cocktail list and order ourselves a round of drinks. Although the cocktails aren’t cheap, they are incredibly tasty and generally quite strong. So you get a real bang for your buck.

The best way to eat at Datsun is to order a bunch of the different dishes and share them amongst the table. The problem with the menu at Datsun is that everything looks so good that it can be difficult to decide what you want. Or conversely you just end up ordering way too much food, which is the best kind of problem to have.

The Spicy Chicken Wings ($12) had a slight kick to them but they also had a nice amount of sweetness. My dad was able to eat the wings, and he can’t handle too much heat, so based on that I would say they were mild to moderately spiced. 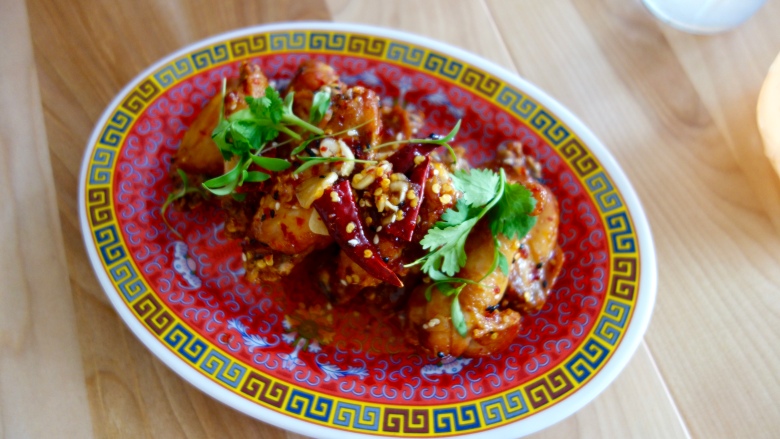 The Spring and Water Chestnut Dumplings ($10) were packed full of delicious, plump shrimp and good choice for those a little more sensitive to spice.

The Beef Cheek Steamed Bun with Funky Chili and Crushed Peanuts ($9) were incredibly tasty but had quite a decent amount of heat to them. I found the spiciness hovering around my top threshold, but both my mom and dad ended up having to give the rest of their buns to Byron to finish as they found it a little too spicy. 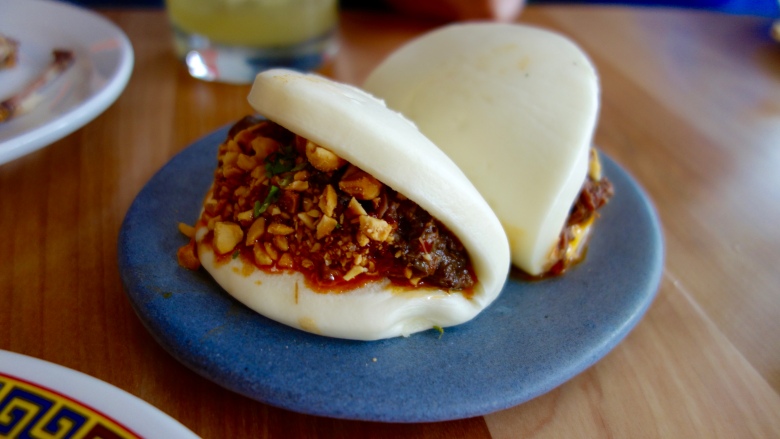 Crispy Chicken Steamed Bun with Ranch Dressing and Furikake ($9) were one of the items on the menu that very clearly skewed more on the fusion side of Asian cuisine. Bao are very classic, but using crispy chicken and ranch dressing as fillings is certainly not something you would see everyday. I really liked this dish as I thought that the crispy chicken and soft bao had great contrasts in texture. And, I mean, who doesn’t like fried chicken? 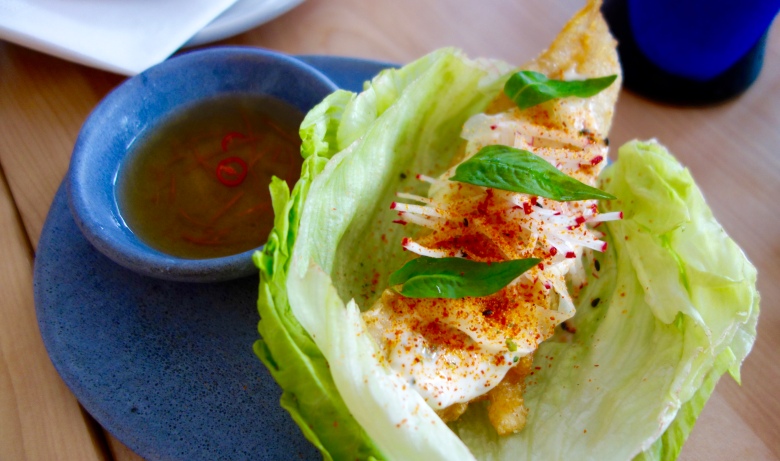 Dandan Noodles with Minced Pork and Chili ($12) was probably my favourite dish that evening. The noodles were perfect; they had just the right amount of chewiness to them. The dish itself was spicy, but not in an overpowering way.

Braised Beef Panang Curry with Roasted Peanuts and Lime Leaves ($24) was an all around hit. The beef was incredibly tender and the Panang Curry was just delicious; such a wonderful combinations of flavours.

The Chicken Ramen with Egg, Shitake and Scallions ($15) ended up being a little bit of a disappointment. The noodles were spot on, however the broth felt a little dull and under-seasoned to us.

We had such a fun time at Datsun; the food was outstanding, the drinks delicious and the company top notch. If you are  sensitive to spice I would be mindful of what you order as some of the dishes are quite spicy, but they are certainly not short on flavour.

I really love Datsun and it’s sister restaurant, a Mexican joint called El Camino, is also awesome. The owners are planning on opening a third restaurant, called The Riviera, on Spark Street this summer and I know I, for one, am super excited to try it out. If it’s anything like Datsun and El Camino, it’s sure to be great.