Mercer Tavern is quickly becoming one of Edmonton’s trendiest after work hangouts. A few weeks ago, my friend Laura and I headed there for some snacks and drinks on a Thursday evening.

We arrived at about 5:00 to find the place quite busy, as apparently it was happy hour. We were told to find some space along the bar and when we saw a table open up we could grab it. It was a hot evening, so on Laura’s suggestion we both ordered a glass of Gisselbrecht Gewurztraminer, a really nice refreshing white wine.

After about half an hour we noticed an empty table by the window and we quickly snagged it. Pretty soon after that our food came out. We had decided to share the poutine and soft pretzel trio. 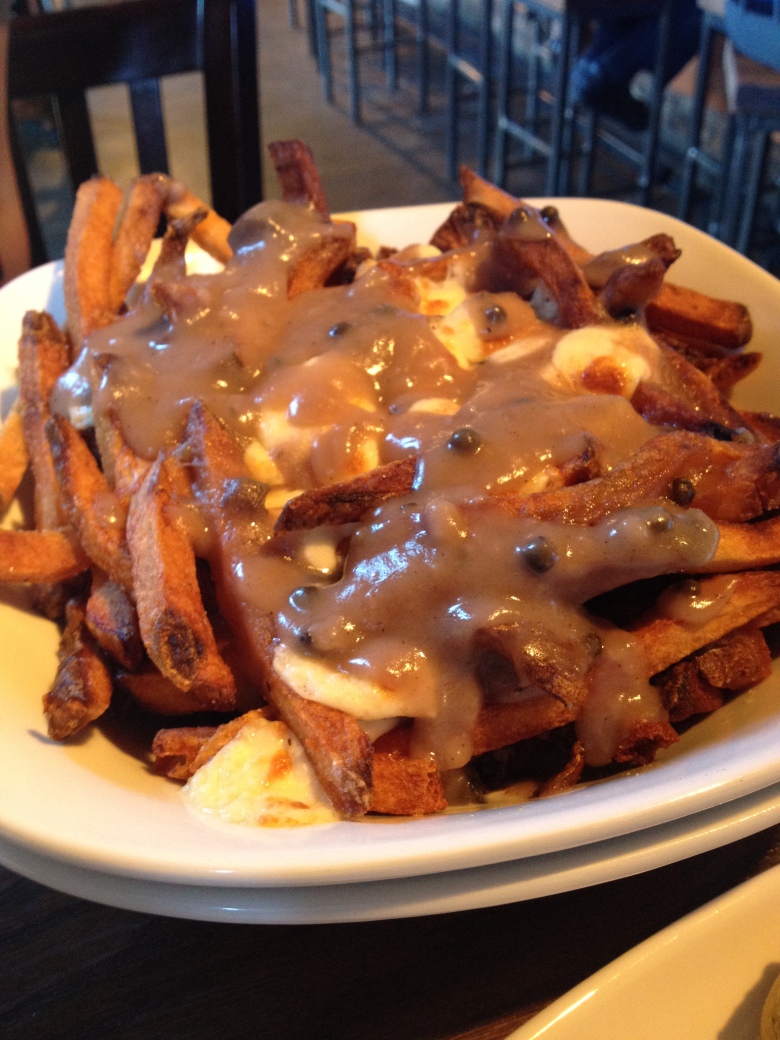 Well… the food really left a lot to be desired. First of all, the food didn’t even look that good. The gravy was a weird purple grey colour and the pretzels just didn’t look that appetizing. The food was fine, but that’s about it.

The service was also just fine, there was a bit of an awkward hand off between moving us from the bar to a table. I had to go up to the front hostess and let her know we were moving… the whole thing just seemed awkward.

Overall, I would describe Mercer Tavern as a disappointment. Maybe my expectations were too high. Maybe because it looked trendy, being open concept with exposed brick in an old warehouse and called itself a “tavern” I was expecting more… but in the end, that doesn’t really make up for the fact that it didn’t really deliver. I think the concept is really cool and there is the potential for something pretty great, but there is a lot of room for improvement… specifically the food. I’m hoping they really focus on improving the food and the rest should fall into place. As of right now, I’d be back for a drink, but that’s about it.